Apex Legends is in a good place in the lead up to its first birthday. As Season 3 of the game comes to a close, I’ve found myself drawn back to this game that occupied so much of my time at the start of last year. I did this just in time for an elaborate and thrilling character reveal from Respawn Entertainment that sent the fanbase into a frenzy.

The game shadow dropped onto the scene in February last year, and spent a good month or so being lauded as a worthy rival to Fortnite’s dominance and success. Many people jumped onto the new Free-To-Play Battle Royale, and praised it’s polish, it’s revolutionary pinging system and dynamic in-game character callouts. It even bumped Fortnite from the top spot of concurrent viewers on Twitch for days at a time.

However, the shine soon began to fade. As Apex’s first Battle Pass was rolled out, it was met with cries of disappointment from the player base. Many who were used to the relentless update schedule of Fortnite’s cosmetics and game changing patches found Apex’s Battle Pass to be frustratingly slow to level up, and when players earned rewards, they found them to be underwhelming. The quicker game sessions, smaller player count and map also had the game becoming more repetitive more quickly. Soon many players, streamers and viewers found themselves drifting away from Respawn’s valiant attempt at the Battle Royale genre.

The game did manage to retain a smaller but loyal fan base though, enough to keep the game on its feet. Future seasonal updates managed to change things up for Apex dramatically each time, with Respawn opting to make larger batches of changes less frequently, instead of small but frequent updates.The Battle Passes for each new season were tweaked and refined, and soon, map shakeups became standard for each new season drop, which were always accompanied by a well crafted hype trailer.

With Season 2, new structures appeared all over the first map, King’s Canyon, and many were destroyed as the once distant Leviathans moved inland and started standing on top of any unaware challengers that managed to get underfoot. This provided a small shakeup to the now familiar island but wasn’t quite the reinvigoration that awaited the game with their Season 3 release. Gone was King’s Canyon, and along came World’s Edge, which came complete with volcanoes, ice caps, moving trains full of high tier loot and numerous large cities. There is something for everyone on the new map, and while many players miss King’s Canyon, the map comes back for limited time game modes, and is set to make a return halfway through Season 4.

A new character has been revealed with each season. For Seasons 1, 2 and 3 we got Octane, Wattson and Crypto, each bringing new personalities, abilities and representation to the game. However, things were shaken up with the character introduction for Season 4. The announcement was business as usual with some map, weapon and ranking changes. However, instead of a “Big Character Reveal”, all that was presented was a character portrait and a vague description of Forge’s abilities.

What was supposed to be the most exciting part of the stream fell flat. Without an interesting character to shake things up, Season 4 looked like it would be dead on arrival.

Keen eyed players and people who had been mining the files of the game had been finding references to a character called Revenant, and people were confused that he wasn’t being announced for the new season instead of Forge. These lore sleuths were on the money, as a few days later, an animated interview with Forge went live, hosted by Hammond Robotics. The interview is cut short when Revenant, a simulacrum (robot host for pilots/murderers), kills Forge “live” on air. What followed was a more detailed character reveal trailer for Revenant, who is the real legend being released with Season 4. The trailer is brutal, evocative of the incredible animation of Spider-Man: Into The Spiderverse, and very emotionally affective. It even lays the groundwork for a future legend in the series.

This trailer, and the news cycle following the mysteries posed by each new update, have been electrifying to follow along with. It’s a bonafide moment that the community has been able to share in. While it may be a story that is difficult to retell to those who weren’t there, it’s a type of character development and world building I had previously only thought possible with high budget animated features presented by games like Overwatch.

As the final trailer for Season 4 dropped today, the developers posted a detailed blog post regarding the design choices and changes made to the map for the game, and it really outlines the care and thought that has gone into reinvigorating the game with meaningful and decisive moments and choices, rather than bombastic and haphazard changes. While the game might struggle to reach the highs of it’s surprise launch last year, it’s doing a wonderful job at making sure that the people who have kept the game running are well rewarded for their support and fandom, while also providing many reasons for new and lapsed players to introduce themselves to the maps and characters of Apex Legends. 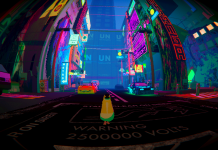 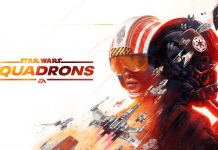 MiniMapCast #46: Star Wars Squadrons, Games We Want To Be Good At 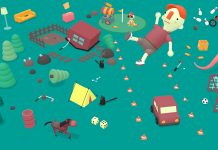 MiniMapCast #38: What The Golf?, Silent Hill Lives and Crucible Sucks

Opinion Jeremy Bratetich - April 3, 2020
0
It’s only the beginning of April and 2020 has been the longest decade in the history of decades. I won’t bother going...

Opinion Kerry Palmer - February 5, 2020
0
Apex Legends is in a good place in the lead up to its first birthday. As Season 3 of the game comes...

Opinion Jeremy Bratetich - September 7, 2019
0
Thanks to 2K, I was lucky enough to play a hands-on demo of Borderlands 3 while covering the Melbourne Esports Open, last...