I was lucky enough to borrow a copy of Assassin’s Creed: Origins from a friend (thanks Jeremy). I was excited to jump into a game that so many have been surprised and excited by since it’s release last year. As a longtime AC fan, I’ve been reluctant to try this revamped version of one of my favourite franchises, if only because I had heard that so much had changed.

Having dived into this very large open world, I can tell you this about it. The setting is evocatively realised; from the architecture and the wildlife, to the accents and native language you hear in every line of dialogue. The sun flares off of the sand as you ride your camel across the desert. The hippos take you down faster than you can say “Hey look, a hippo!” The water is crisp, yet muddy. The tombs are cracked, full of sand, scarabs and mystery. The weapon and progression systems have me constantly changing my playstyle. The story has me engaged for the first time in a long time for an AC game.

So why is it that I find the moment to moment gameplay so boring?

In Assassin’s Creed II, my personal favourite in the franchise, the world was created in a way that let you constantly explore the verticality of the cities you found yourself in. Makeshift staircases lined the streets, inviting you to start running from shop-sign to lamp-post like a badass. The rooftops were laced with wooden supports and ropes to help you move from building to building without touching the ground. The navigational moveset of Ezio was broad, to the point that you could make a half dozen different choices in order to climb your way up a building’s facade. Jumping sideways off of a wall to land on a post without slowing down always made me feel like I had made that bit of excitement happen. It would happen multiple times a minute just as you went through the game.

In contrast, when playing Assassin’s Creed: Origins, the world feels very flat. For one thing, the towns are much smaller, both in terms of square footage, and height. It’s much harder to begin a freerunning or parkour sequence, as the cities and villages are just not big enough for it. Bayek’s climbing is more automated and easier than any previous Assassin’s Creed title, but there’s not a whole lot to climb. If you do manage to find yourself up on top of a tall magnificent structure, rarely is there a way for you to maintain your altitude across multiple rooftops. Instead, Bayek’s Iron Boots kick (haha) into effect, and instead of diving forward with all his might, he falls like a stone to the ground, where he will limp around for the next 30 seconds. No longer do I feel like a spry athlete in a playground of choice; just a man that has a vast, flat world to traverse from mission to mission (although in terms of traversal, I will give an honourable mention to climbing the pyramids in Giza, that was great).

This change happened for a multitude of reasons. The first and most obvious is that the setting really doesn’t allow for dense urban environments. Ancient Egypt is a far cry from the streets of Florence or Venice during the time of the renaissance, and having played Origins for even just a couple of hours, you can tell that it’s authenticity to the time period and setting is something that really sets it apart (further evidenced by the stand-alone Discovery Tour mode). Clearly the realisation of the game world was a high priority for the development team and while this decision changes what this Assassin’s Creed game is, it just wouldn’t feel right if there were cities made up entirely of multi storey, brick-and-tile houses throughout Egypt.

Another motivator for the team to make this decision was the ever increasing sentiment of franchise fatigue. The 2014 and 2015 entries into the franchise made it clear that there were some problems that were being felt across the player base (and no, I don’t mean the present day story, but that’s a topic for another day). Something about the very DNA of the franchise was starting to grate on it’s fans.

It was the movement. The movement system that I so love.

In almost every review for the previous entries, there were people saying that the characters felt great to control, until they didn’t. Many, many people felt as if the characters would become unwieldy to control, as Ezio would tackle people instead of grabbing for ledges, or Arno would jump off at right angles in the wrong direction into a pile of guards, instead of simply climbing up the wall as the player intended. This sentiment was echoing across the industry every year as new releases came, and franchise fatigue began to set in.

In 2015, after Assassin’s Creed: Syndicate released, it was announced that a new game would not be coming until 2017, a break in the yearly release cycle for the franchise. Something needed to change. I mention the year of Syndicate’s release because what Origins would become is something much more akin to one of that year’s most popular titles.

The Witcher 3: Wild Hunt. A testament to Western RPG game design. An open world with characters that felt alive and that anchored the medieval setting. A large breadth of tasks to do, menial and meaningful. Other continents, water traversal systems, an engaging story, side quests by the dozens. The game placed you in it’s world and made you live and breathe it. A setting well realised, even if sometimes it was an awful place to be.

If I changed the first sentence of that last paragraph, and a couple of keywords, I could well be describing AC: Origins. Origins took the fledgling RPG leveling and skill tree systems of it’s previous titles and made them much deeper and integral to the game. Missions are near impossible if you’re more than one or two levels under the recommended threshold. The side quests and side tracks are so much more numerous than in other titles as well, stretching across the breadth of the much larger world map. And all of this in a evocatively realised world.

The influence that The Witcher had on this franchise is striking, especially when compared to Origins imminent sequel, Assassin’s Creed: Odyssey. Where Origins implemented one of the largest and most well realised game worlds of the generation, Odyssey is taking that, and also implementing another trait of The Witcher’s; open dialogue systems with choices for who you befriend and how you portray your character.

While this pivot has meant that the game has been received much more positively than it’s recent predecessors, I’m left asking myself a question. Is this great game still a good Assassin’s Creed game? A franchise that used to mean elaborate assassinations, rooftop foot chases, hiding in plain sight and parkour, now means large open world, RPG gear/levelling and enemies that can shrug you off their shoulders no matter how far you fall to land on their heads.

I’ve enjoyed my time with Origins, and I’m very interested to see what they do with Odyssey as well. But, with Ubisoft announcing yet another year off for the franchise, what I am most excited for is the possibility of the franchise going through another evolution. One that hopefully includes a place for that player movement playground I so sorely miss. 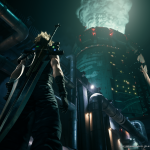