When ‘No Man’s Sky’ launched in 2016, the gaming community at large had attached an idea to it before the game was even close to completion. The concept of a completely procedurally generated universe with flora, fauna and worlds all created simply to be discovered, goes back decades. Promising and overpromising, a Sony pushed marketing campaign, and being advertised as a ‘Forever Game’; No Man’s Sky was doomed to not live up to expectations when it released. And honestly that’s a shame. 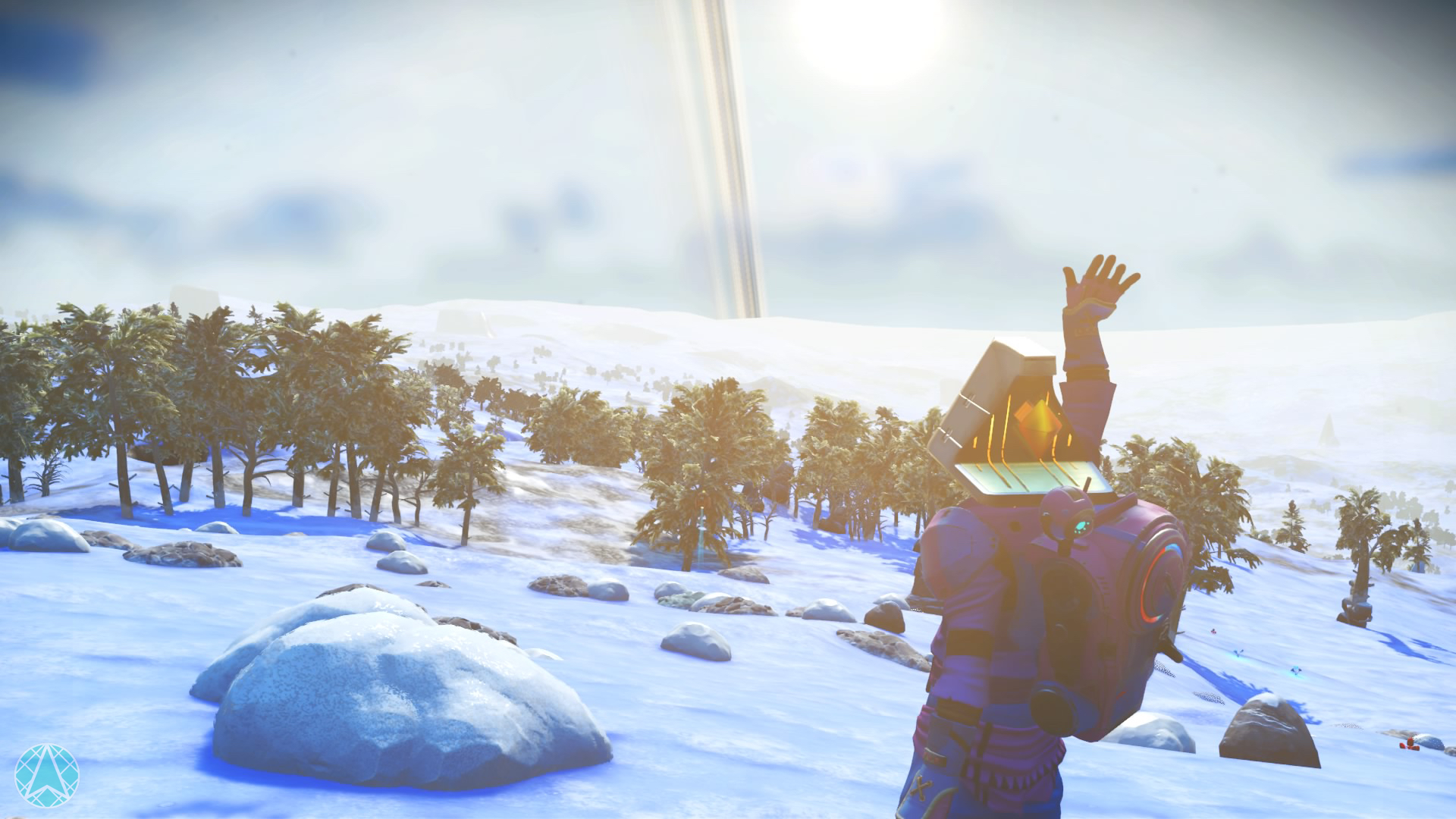 I quite enjoyed playing No Man’s Sky, when it launched. There was something truly special about exploring a universe and visiting planets that no one had ever seen before. I felt like a pioneer in a world I had found all on my own, with only one goal: Boldy Go. However, I soon realized the experience that was presented to me was not my science fiction fantasy, but someone else’s. I felt like a Camera Operator, documenting the universe in front of me, as opposed to creating my own tale of being a ‘space man’, exploring the stars. That’s not necessarily a bad thing, but it simply wasn’t what I wanted from No Man’s Sky.

One year later, No Man’s Sky released an updated named ‘Atlas Rises’. This update focused on story and new systems around trade and economics. I put in the disc and tried again, hoping I would find what I was looking for, not that I really knew what that was. The narrative brought into No Man’s Sky was a welcome change because it brought direction and a reason to exist. I now had something to work towards and became a character. Atlas Rises brought purpose to No Man’s Sky but the universe still felt empty and I still felt not quite apart of it. 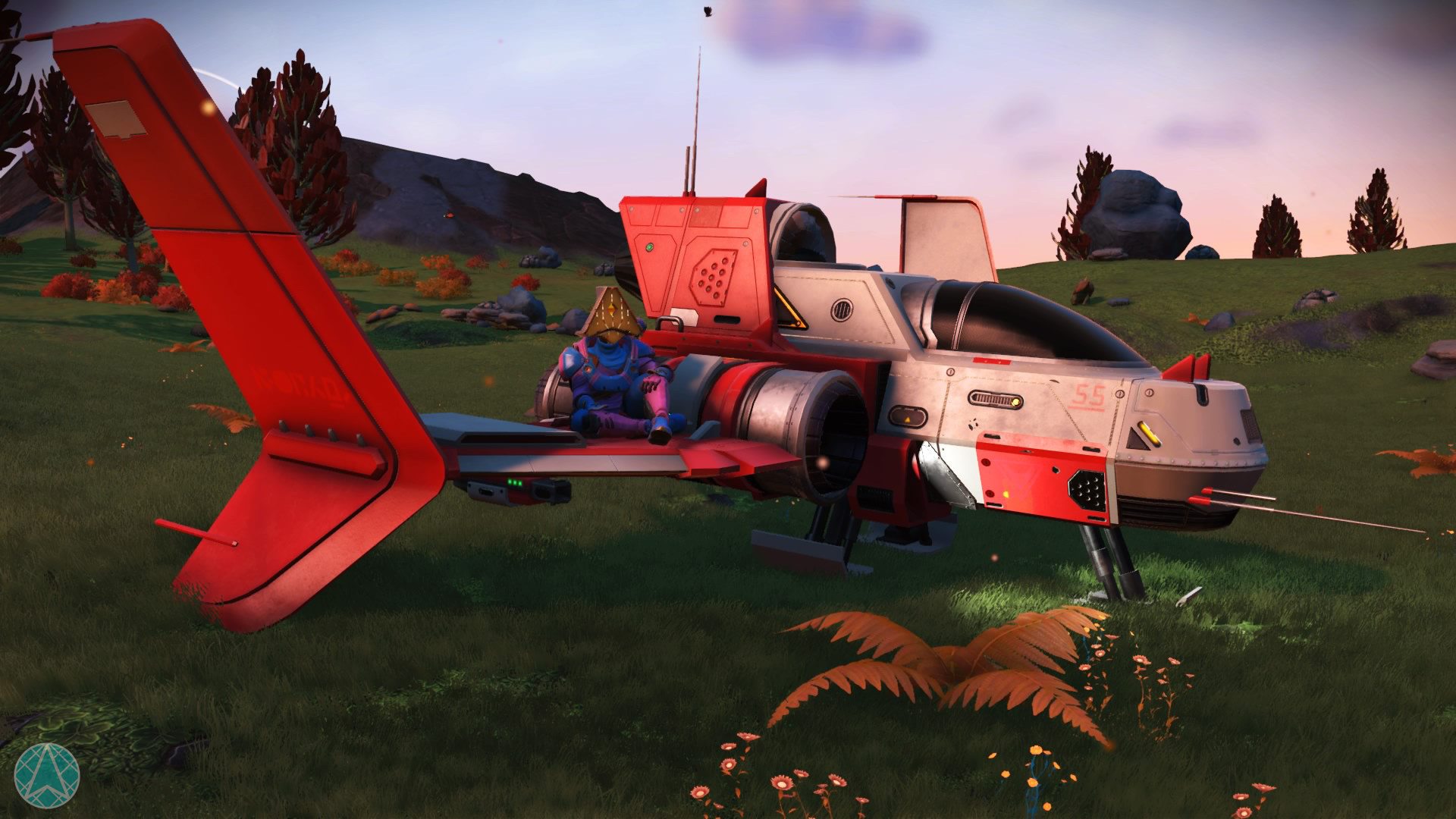 Last Friday, the latest patch, ‘No Man’s Sky Next’, was released which introduces a wide array of additions and changes, boasting a “Full Multiplayer Experience.” I can’t not talk about the multiplayer, but the biggest change to me at least, is being able to see my character in the game. I suddenly have context for being on a new world, or in my ship, or on a space station. I’m still trying to figure out how, but removing myself from the eyes of my character has given me a greater sense of immersion and a place in the universe of No Man’s Sky. I can see myself on this planet now. No longer am I just a walking camera with a laser, I am a gorgeous Vaporwave Naut, that comes and goes as I please! I can jump and shoot and interact with other races, I can make bases and feel like I’m living in them, and I can explore the stars as a real being. It is truly astounding how much of a difference literal boots on the ground can make. 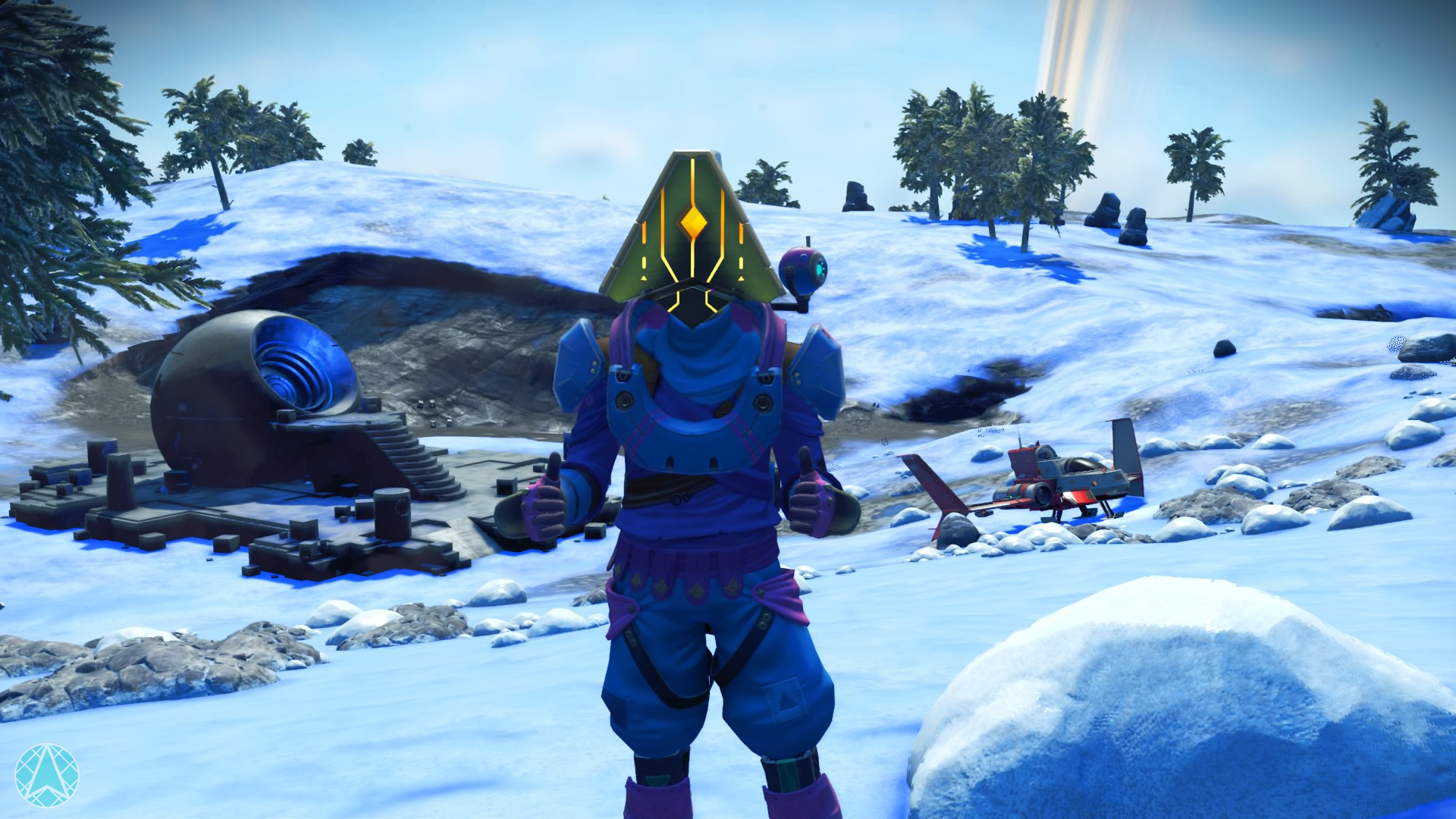 Thinking back to 2016, playing No Man’s Sky at launch meant there was no chance of seeing anyone that wasn’t an NPC. That made the universe feet very empty. Not in a “I want to buddy up and go Trekkin’ across the galaxy” way (not that I didn’t want that), but in a living, breathing universe way. There was always an echo of a connected universe around, but it just felt like a squandered opportunity. In one sitting since first launching No Man’s Sky Next, I played about 5 hours and met a handful of other players. Meeting a new person was exciting every time. The universe has changed from a static background to a fluid organism. Suddenly I didn’t feel so alone in the universe and felt more like Jodie Foster in ‘Contact.’ By the way, if you haven’t seen Contact; you’re robbing yourself of one of the best sci-fi movies of the 90s.

The first person I met helped me find some Cobalt after joking that he was going to kill me and take my resources. Hilarious guy. We spelunked for a hot minute, I thanked him, we waved goodbyes and he flew off into another system. See You Space Cowboy. Had this interaction been in a different game, I might have not remembered it, but something struck me when he left. This wasn’t an instanced interaction. This was a person that was just exploring the universe and warped into the galaxy I was in at the same time as me. This wasn’t a calculated algorithm for ‘Jeremy hasn’t had a visitor for X amount of time, let’s populate his galaxy’. It was more like being on holiday and asking for directions. After we had our little interaction, we both went our separate ways. 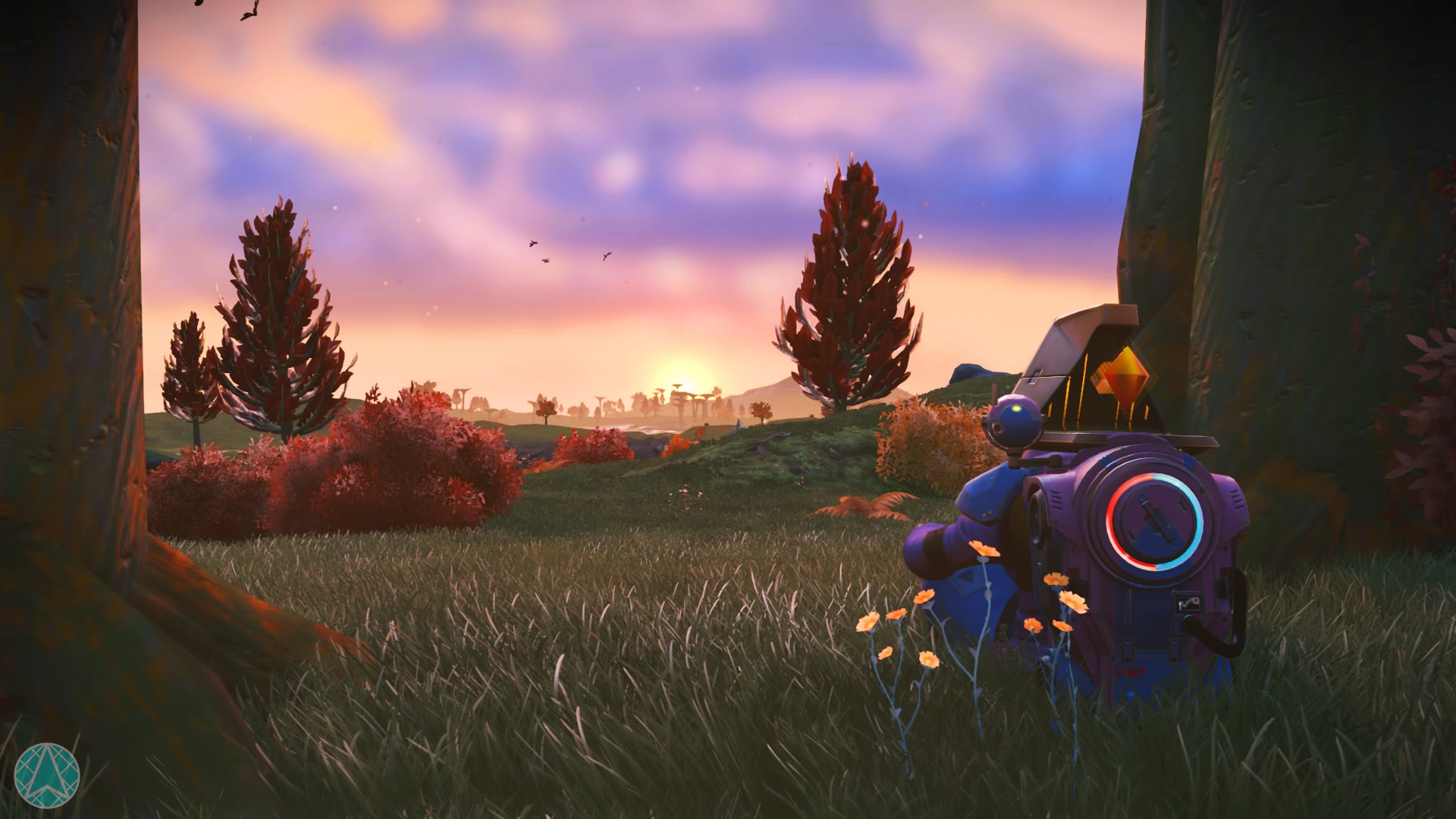 It’s hard not to wonder what the reception to No Man’s Sky would have been, if the game launched in the state it’s in now. The original vision presented for No Man’s Sky not only feels real, it feels complete. Playing it now gives me the same feelings I got when watching those first E3 trailers, all those years back. I can’t congratulate everyone at Hello Games enough for all the work they have done, at what would have been an extremely difficult time at that studio.